Jackalope Brewing Company Releases Pangaea Proxima IPA, Donating a Portion of the Proceeds to the Believe in Beer Fund 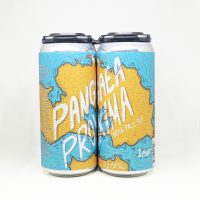 May 27, 2020, Nashville, Tenn., – Jackalope Brewing Company is proud to announce the release of their Pangaea Proxima IPA. A portion of the proceeds from this limited release beer will be donated the Believe in Beer Fund, a fundraiser set up by the Brewers Association and Bottleshare to help craft breweries affected by COVID-19.

“We first wrote the recipe as the official commemorative beer of Homebrew Con,” said Bailey Spaulding, CEO and Co-Founder of Jackalope. The 2020 National Homebrewers Conference was slated to take place in Nashville in June, with Spaulding as the Keynote Speaker. Due to COVID-19, the conference is now going to be virtual, and while Spaulding will still be delivering her address, attendees won’t be in Nashville to drink the brew.

With the recipe already written and Brewers Supply Group and Lallemand committed to donating the ingredients, Jackalope acted quickly to pivot. “I reached out to the sponsors and they were all enthusiastically on board to turn this brew into a fundraiser,” Spaulding explained. “Craft breweries are such an important part of their communities and are so immensely affected by this pandemic, we wanted to do what we could for our cohorts.”

Pangaea Proxima, named after a theorized future super-continent, contains ingredients that span the globe. Brewed with New Zealand hops that give it a tropical juicy punch and fermented with Norwegian Kveik yeast, Jackalope has affectionately dubbed the beer a “Polar IPA.” The beer will be available starting on Friday, May 29th, at the Jackalope taproom (currently open for to-go and delivery service only) and a limited number of retailers throughout Nashville.