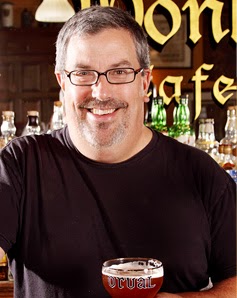 Every year, we try to choose a keynote speaker who is an integral part of the local craft beer community. This year provides one of the best examples of someone who is a local beer advocate, personality and expert!

Tom Peters is co-owner of four beer-centric restaurants in Philadelphia: Monk’s Café, Nodding Head Brewery & Restaurant, Grace Tavern, and The Belgian Café. Tom is also co-owner of The Anderson hotel/restaurant in Fortrose, Scotland and involved with The BeerBistro in Toronto, Canada. He has been employed as a baker, pastry chef, line cook, sous chef, bartender, waiter and general manager before opening his first solo project. Famed beer writer Michael Jackson called Monk’s Café “Simply the best Belgian Café in the United States” and Monk’s was named as “Top Five Places in the World to Drink a Beer” by All About Beer magazine. Tom was Knighted into the Belgian Brewer’s Guild in 2004 and named an Ambassadeur Orval since 2008. In 2013, he was a James Beard Foundation Semi-Finalist and was awarded the 2013 Philly Beer Scene Humanitarian of the Year. He travels the U.S. and Europe sourcing, blending and brewing beers, many of which are only available at Monk’s Café.

Don’t miss out! The keynote address takes place at 4:00 pm on Friday in the Grand Ballroom, and it’s open to all attendees, including those who only registered for the Social package.