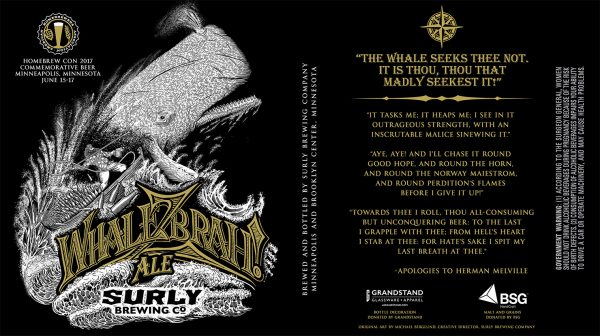 Surly Brewing Co. had a big idea: brew a truly one-of-a-kind beer. A beer so rare, you only have it once in your life. One that can’t be replicated and once it’s gone, it’s gone. A white whale.

Whalezbrah! is that beer. It’s ridiculously complex, and created in the spirit of homebrewing—an experiment, a learning experience, an homage to the serendipitous luck of adding dumb things that sound cool and end up tasting amazing.

Where’d the name come from? A conversation like this one…

“Dude, you weren’t at work yesterday. Where were you?”

“Waitin’ in line for to score a whalezbrah!” 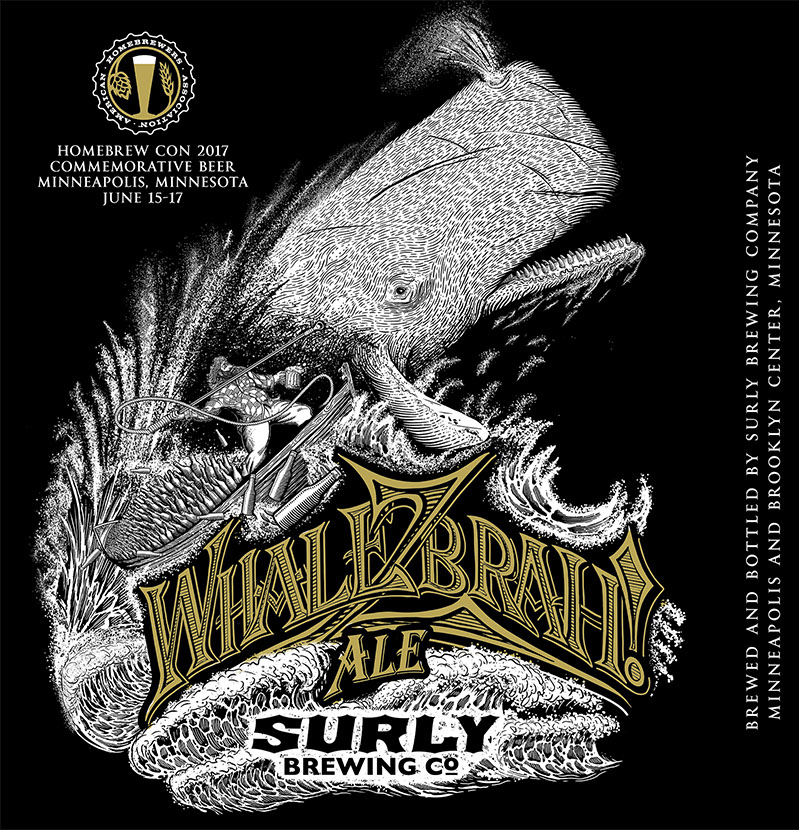 Note the bottle opener harpoon and the bottle collection in the skiff.

Chasing that elusive beer, waiting in line for hours or overnight is not out of the ordinary for rare-beer collectors. These enthusiasts take their obsession to the next level—taking time off work or camping on a sidewalk is what a true collector will do for their whales, brah.

In celebration of 2017 Homebrew Con, Surly Brewing Co. will be bottling an ultra-limited amount of Whaleszbrah! for attendees. Then, that’s it.

As a production brewery, having no rules for a limited run beer was a chance to do something experimental. They brewed the wort and gave it away to AHA Rally attendees. This wort was slightly tart, oaked pale base that is conducive to a variety of fermentation and aging processes. The malt bill primarily consisted of Simpsons Golden Promise malt (82%), accentuated by Weyermann® Pale Wheat (9%), Weyermann® Acidulated malt (4%), and Grain Millers flaked wheat (5%). All malts and adjuncts were graciously donated by Brewers Supply Group (BSG). The wort was further acidified and oaked with a little of this and a little of that…and the finished product?

Well, it’s going to be a Whalezbrah!