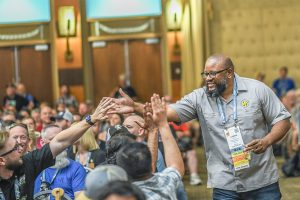 Providence, R.I. • June 29, 2019 — The American Homebrewers Association (AHA) awarded 102 medals to amateur brewers and homebrew clubs worldwide at the 2019 AHA National Homebrew Competition (NHC). In a ceremony Saturday at the Rhode Island Convention Center, medals were presented for the most outstanding homemade beer, mead, and cider in 34 categories.

Over its 41-year history, 152,429 brews have been evaluated since the inaugural AHA National Homebrew Competition in 1979 in Boulder, Colo. This year’s competition judged 9,189 entries from 3,492 homebrewers located in 50 states, Washington, D.C., and 17 countries. The most-entered category was Specialty IPA, with 475 entries.

The winners of the top five most-entered categories were: 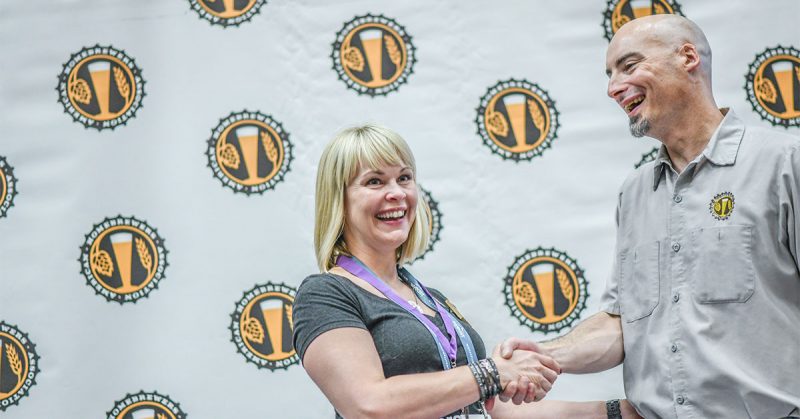 Samuel Adams Ninkasi Award: Awarded to the entrant accumulating the most points in the Final Round of competition.

Homebrewer of the Year Award

Cidermaker of the Year Award

Meadmaker of the Year Award

NHC Homebrew Club Award: Awarded to the club accumulating the most total points in all categories of beer, mead, and cider in the Final Round of competition.

Gambrinus Club Award: Awarded to the club garnering the most Final Round points per total club entries.

The competition’s final round judging and award ceremony were held in conjunction with AHA’s annual conference, Homebrew Con. The three-day conference and expo, the largest of its kind for amateur brewers, mead and cidermakers, hosted nearly 3,000 attendees and offered more than 70 educational seminars on beer styles, the brewing process, ingredients, recipe formulation, sensory analysis, and yeast & fermentation.

“Over the years, we’ve seen homebrewers push the envelope for what beer can be, leading the way with style awareness and ingenuity,” said Gary Glass, director American Homebrewers Association. “Congratulations to this year’s winners of the National Homebrew Competition for their achievement and their commitment to the greatest hobby there is – homebrewing.”

A complete list of winners of the 2019 National Homebrew Competition can be found here.

Editor’s note: Photos for media use are available upon request.

The 2019 AHA National Homebrew Competition was made possible in part by the generous support of its sponsors.

The Brewers Association is an equal opportunity employer and does not discriminate on the basis of race, color, national origin, gender, religion, age, disability, political beliefs, sexual orientation, or marital/familial status. The BA complies with provisions of Executive Order 11246 and the rules, regulations, and relevant orders of the Secretary of Labor.